The other day we were talking about getting a BBQ grill. So the other day we decided to get one. Well there is a whole section devoted to BBQ. Something I didn’t know in the past. It’s totally awesome. We got so much cool stuff.
When we started home we stopped at McDonalds to get Milla a couple burgers. And ever since the gas increase I’ve turned the car off when I’m waiting in line. Well I pulled up at the pay window and turned the car off. And when I tried to turn it back on, nothing happened. It would turn all the way over but it just sat there. But everything was on. Except the engine. So we had to push the car off to the side and call my uncle (LaVaughn’s step dad). So he came and stayed forever trying to fix it. But the damage had been done. He said that we would have to replace our little starter thing. So he finally used his magic and took a screwdriver and started the car. So we made it home safely. And then the grilling began. And it was awesome. We only grilled a few little stakes of some kind and a few hotdogs. But the experience was awesome and we couldn’t wait to do it again.
And that leads us to today. My aunt (LaVaughn’s mom) wanted us to grill today. So she loaded up on some meat and invited us over. So we can and got everything started. At first we started out listening to my mp3 player on out little iHome doc. But the batteries on that were like so dead. So we had to resort to her devil music… country. And neither of us like that, at all. But we smiled and went on. Then my aunt was like, “Check out my sound system in my car!” So I pulled it around for her and played one of her CDs. And while I was sitting in the car I saw a little hole that looked like it might be for an mp3 player. So after she got done listening to her music, I asked if I could try something. And sure enough, it worked. So I sat in the car for a while playing our awesome music. But then I stopped and let her finish listening to her music. Then the food was done. So to sum it up into one word. I would have to say, extravagant.
That’s about all for now. I can assure you that there will be more BBQs to come. So get out your grill, call some friends, and make and awesome BBQ memory.
- Megan
Song of the day: In-a-gadda-da-vida by Iron Butterfly 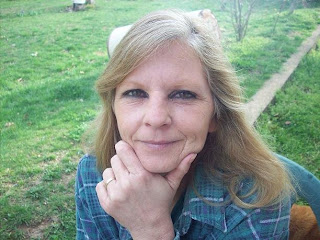 The first flip of the meat. 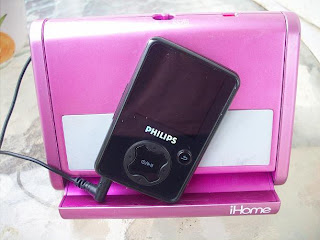 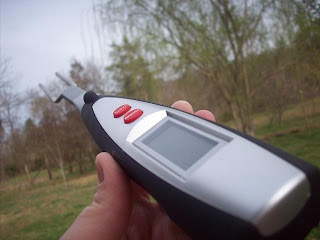 An awesome little temperature fork that we bought. 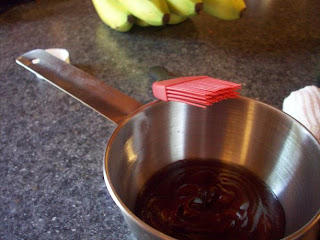 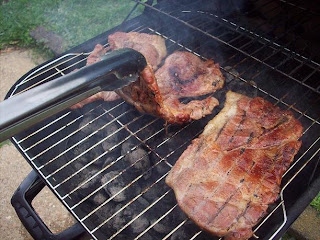 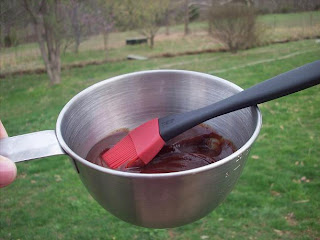 Another shot of our awesome sauce pan. 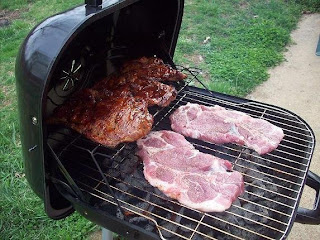 Half of the finished product. 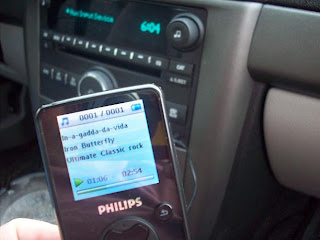 The second music station. And my personal favorite. 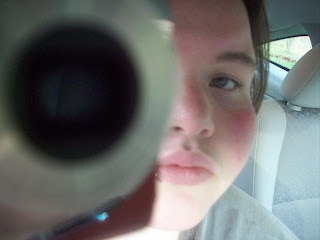 I thought this would be a cool ending to all the pics. No clue why. I guess it's like we're driving away or something, lol.
by Megan at March 26, 2009 No comments:
Email ThisBlogThis!Share to TwitterShare to FacebookShare to Pinterest
Tags bbq, grill, ihome speaker dock, in-a-gadda-da-vida, iron butterfly, pjillips mp3 player

Where did the time go?…

Seriously, where did the time go? It’s been forever and a day since my last blog. About 4 months I think. But all in good reason. Gees, I don’t even remember where my last blog left off. Well Lucy, we have a lot of explaining to do…

To start everything off. Just after Thanksgiving my grandma started to get sick. She wouldn’t eat and she slept all the time. So after about a week or so of her being sick and not wanting to go to the doctor. We decided to make her go. Well the first hospital we took her to that will go unnamed for now just sent her home after about five hours of pretty much nothing. So the next day we all realized the she was sick and still needed to go to the doctor. So my aunt (LaVaughn’s mom) took her to a bigger hospital a few towns over. Where they immediately stuck an IV in her arm and gave her a room. This story if pretty long so I’m going to make it as short as possible. She was in there for 14 days and during that time she had a few different infections and her kidneys were failing. So after about a week of the doctors trying to get her kidneys to function, they decided to just put her on dialysis. So now she has to go to a dialysis clinic three time a week. But I think that’s a small price to pay. At least she’s doing good now.

After all that happened things started to go back to normal.

First, we got another ferret. It was in the pet store and was oh so cute at the time. So of course, we had to have it. We brought her home and she and our other ferrets got along so well. Then after a while we were talking. And moving came up a time or two. And we were thinking, “No one would rent a house/apartment to us with all of our animals.” So we were thinking about maybe trying to find some of them a nice new home. After about a week of that we decided to drop the whole “moving thing” and forget about getting rid of our animals. So we went on out way. Then we were talking one day about how much Ginger would go to the bathroom in the floor. And ever since we got Ginger (our Chihuahua) we’ve tried to potty train her. We tried walking her, getting puppy pads, and we even thought about a puppy litter box. But nothing would work. So we though if we could find her a nice home, it would be better for everyone. So we had some friends ask around for us. Then one day we were talking about how 3 ferrets is way too many. We can’t even play with them for very long periods. So we tossed the idea of getting rid of Luda and the new ferret around. So after about 2 weeks of having people ask around. We finally found some homes for some of them. So, we found our outside cat October a nice home on a farm where she‘ll be the only animal there. We found a great place for Luda and our new ferret. The guy said that he had ferrets in the past and knew a lot about them. So that was cool. And we also found Ginger a home with a couple that didn’t have any animals. Hopefully they’ll be able to potty train her. So now that leaves us with Milla (our German Shepherd), our cats (Zoe, Mischa, and Oona), Hollis (our hamster), and John Rambo (our gerbil). Oh, stupid me for forgetting. Our other finch died. No clue why. He just kicked the bucket one day. And a while after that we seen a couple love birds that looked pretty cute. LaVaughn really wanted them. But we backed off at first. Then like a week later the same love birds were still there. So after we talked ourselves into it, we decided to get them. They are so cute but still a little on the unsocial side right now. And I think that concludes all of our animal news.

Oh yea. LaVaughn took her eyebrow ring out and I took my left lip ring out. We were just sitting there one day talking about how more that one piercing on the face is a little too much. For us anyway. And I must say, it does feel loads better.

Hmm, what else? Well we’ve bought loads of new movies since the last time we’ve blogged. We really buy a lot from amazon.com anymore. But man, you can find DVDs so cheap there. And extremely rare. Like for example, Evil Toons. A really old comedy/horror movie of the early 90s. It was a bit on the pricey side, but totally worth it.

Oh yea. We seen The Last House on the Left. The opening night. Well it was more like day. But we got to see the very first showing. It was cool. There were only two other girls in there with us. Weird huh? But anyway, the movie was awesome. With a well assembled cast, great plot and an awesome director. This makes for a great movie. So the next chance you get, please go see this movie. If not for yourself, for me.

Man, I know there has to be more, but I just can’t think of it right now. Well, if I think of anything else, I’ll just blog about it later. So until next time, keen on rockin’.

Song of the day: Something in the Air by Thunderclap Newman
by Megan at March 25, 2009 No comments:
Email ThisBlogThis!Share to TwitterShare to FacebookShare to Pinterest
Tags ben, cats, dogs, ferrets, finches, ginger, love birds, luda, milla, movies, piercing, something in the air, the last house on the left, theater, thunderclap newman
Newer Posts Older Posts Home
Subscribe to: Posts (Atom) 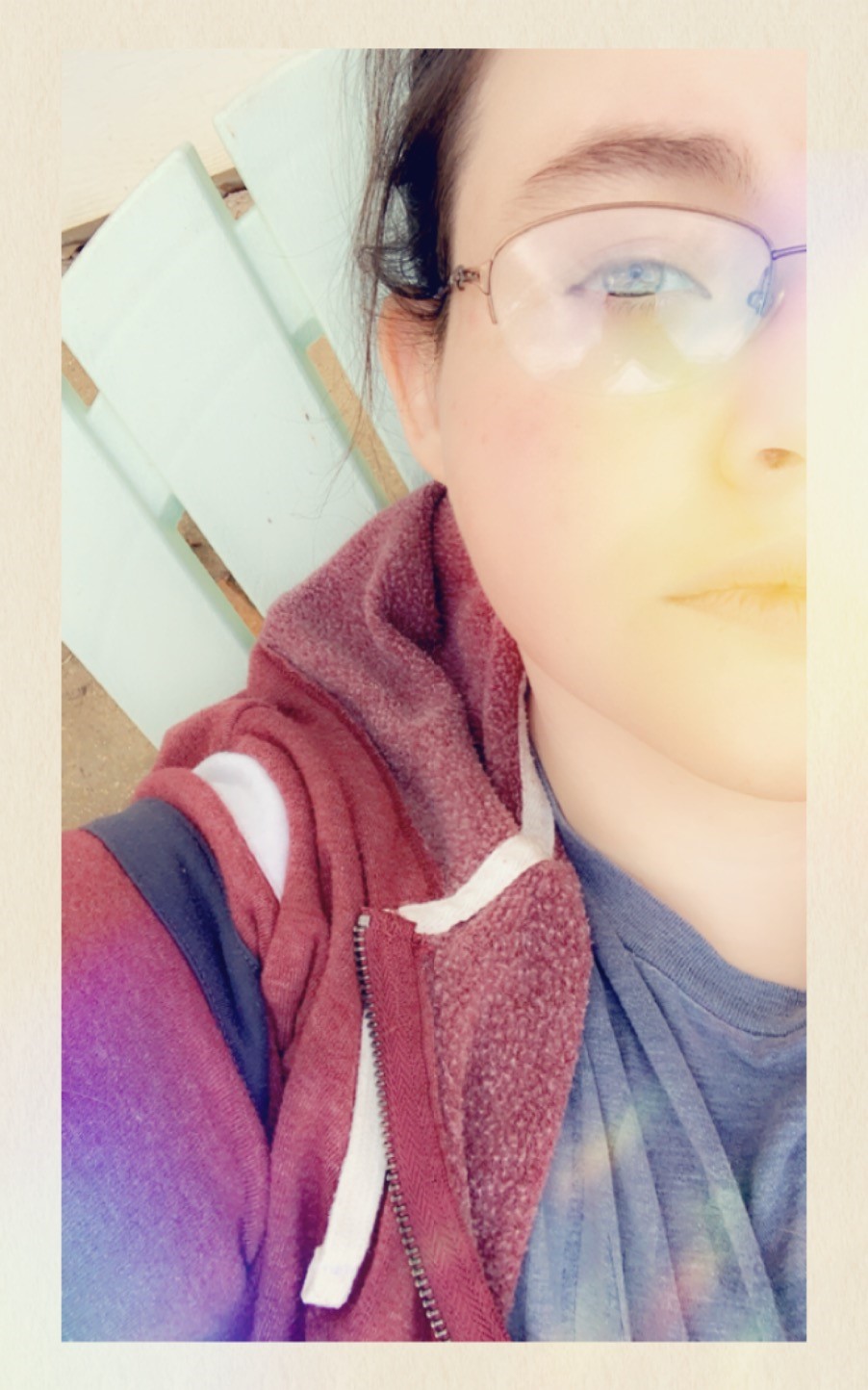 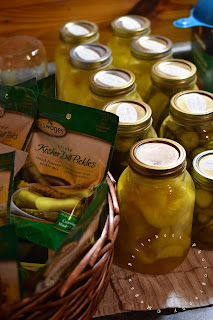